We released an app update a few weeks ago. The biggest update of the update went into the iOS version, but Android saw some stuff, too.

Dark Mode just recently arrived to iOS. So we took this opportunity to not only create a new dark theme for the app, but also update a bunch of code components, too. Those components are mostly behind the hood things that you probably won’t notice. If you want to view the detailed code commits, check the project code.

The dark mode is a chocolately brown. Dark, but not fighter jet dark - more like a delicious, comforting mocha. We’ll probably continue to revise it.

Android support will come soon. Our code relies on a React Native framework-thing called Expo. The next version of Expo will support Android dark mode. So we’ll update the Android app once that’s out!

Also notable in this update: When you’re filtering by machine, you now have the choice to see a list of ALL the machines in our database, or just a list of the machines that are currently visible on the map. That will hopefully make your machine filter selection choice easier to make. We added this after we received app feedback on this matter. We hope you like it!

We have STICKERS for sale! See them / buy them on the store. They are $1 each, and nice and shiny.

Additionally, we have exclusive Pinball Map hand sanitizers for our Patreon supporters. 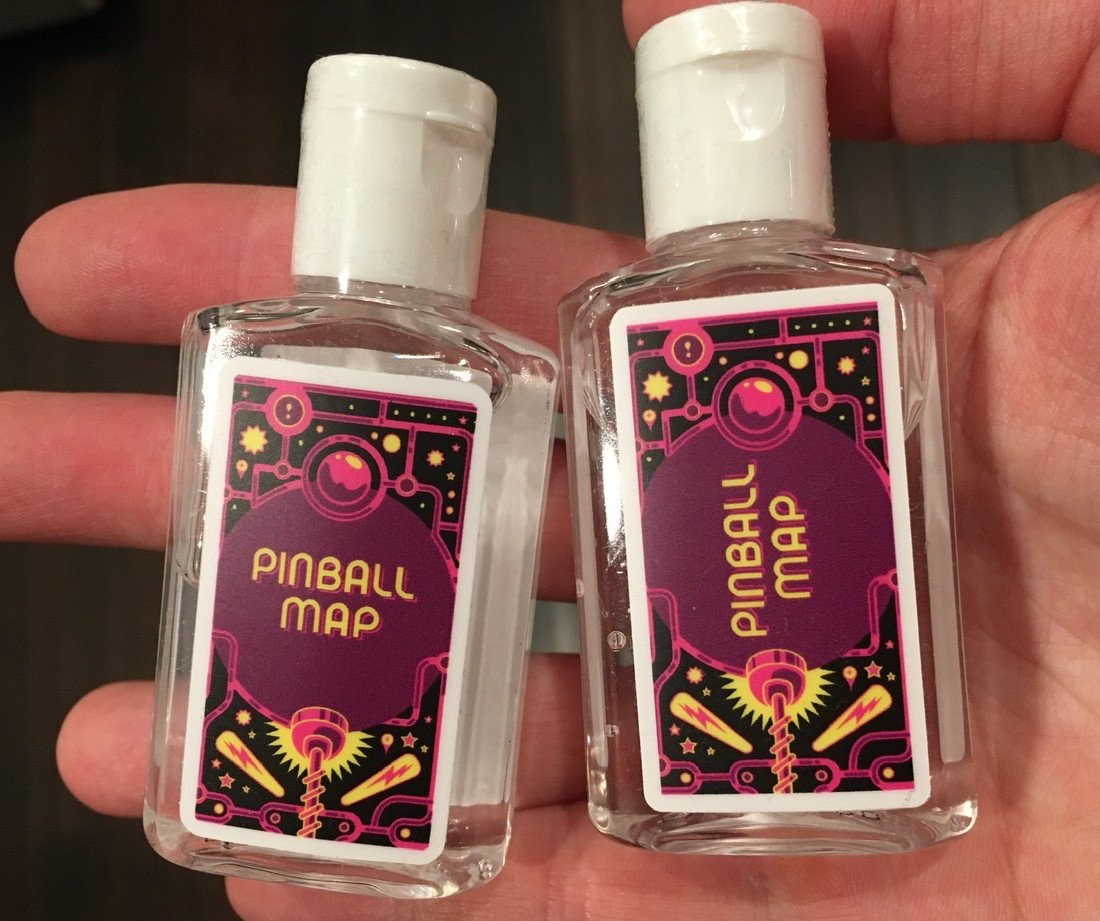